This past Sunday, Guro Leo Manalo led our Atienza Kali Training Group Session in Maryland.  Hosted by Guro Dr. Bob Shin in Columbia, students and instructors in the Maharlika Martial Arts lineage included Lakas Filipino Martial Arts, Tacoma Park Sayoc, North Baltimore Sayoc and Impact Martial Arts Academy, and traveledas far away as Reston and Virginia Beach, VA.  It has been a privilege to have Guro Leo lead our sessions for the third year in a row, and every time has been exceptional in content and presentation. 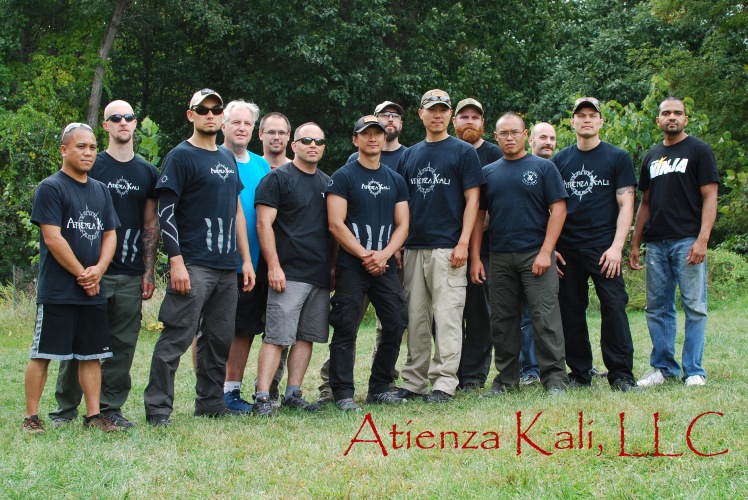 We started our morning with a review of Long Blade (Bolo) Evolution 1.  This is the standard material that is offered at all Atienza Kali training groups and schools across the country and around the world.  One of the signature strengths of Atienza Kali is our emphasis in using blades of any shape and size, from 40″ swords to 2″ knives.  Training with the bolo, or short machete length blade allows many of the attributes of a longer sword while still allowing the ability to carry easily.  It is also in a heritage of a long line of Filipinos and Filipino Americans who have used (and still use) the bolo to protect their culture as a weapon and provide for their families as a tool. 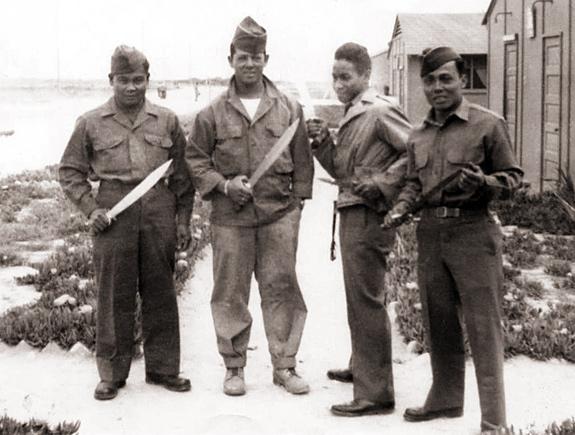 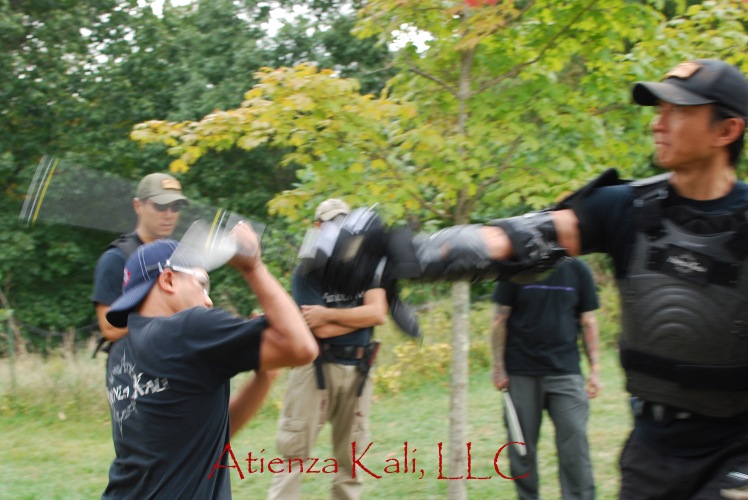 We delved heavily into the use of mismatched length, size and weighted weapons.  While we do train to use weapons of equal size against each other, this is not often the case in “street” altercations wherein one person has a baseball bat, pipe or even machete against someone that may only have a small knife, or other smaller implement.  Guro Leo discussed why and how some of our tactics, passes and footwork may need to adjust to each weapon and range.  Although Filipino Martial Arts utilize similar movements with the stick, blade and empty hands, there are definitely adjustments that need to be made specific to each weapon platform. 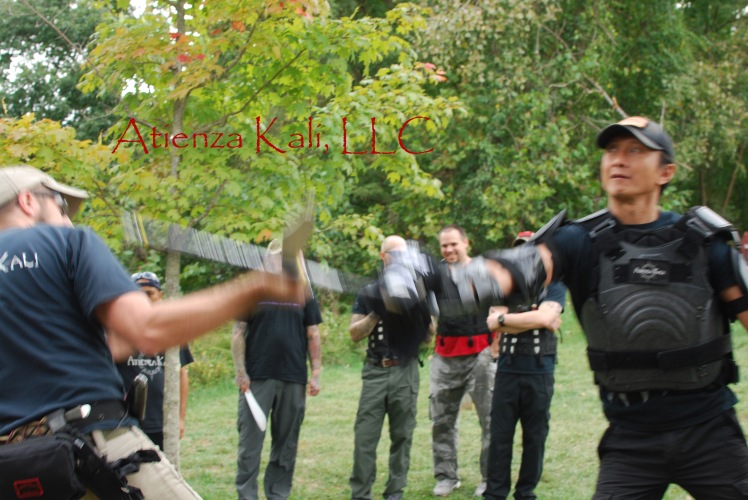 After lunch, we ended the day with drawing blades and navigating mass attack situations.  We always advocate that if you train or teach weaponry, it is absolutely imperative to practice carry and deployment as well.  And as commonly seen in street fights and riots, there are often groups of people involved both with you and around you.  Having strategies and tactics to succeed in those scenarios is critical, and much better practiced beforehand in training rather than on the fly when the time comes. 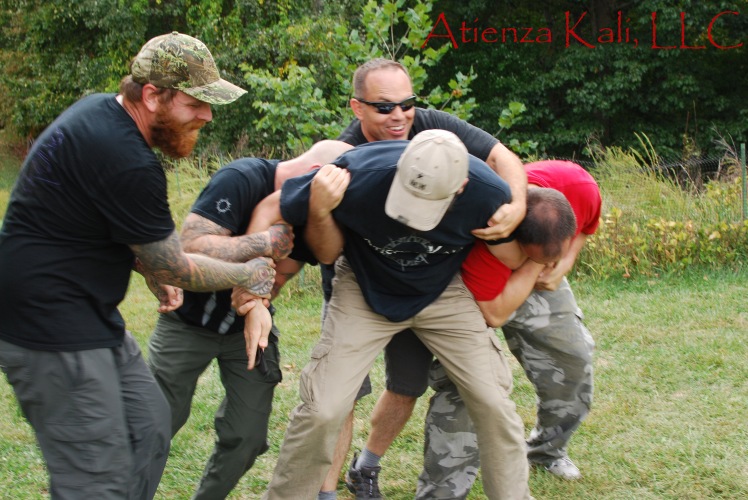 I have been practicing Atienza Kali for about 10 years, and I am constantly amazed and impressed with the depth and breadth of information that Tuhon Carl & Tuhon Bong Atienza share of their family’s art through incredible instructors such as Guro Leo.  The next night at our own Lakas class we were all pumped to rep out as much of the material as we could, and after even just one session all of our skills and understanding of material leveled up.  Thank you again to Tuhon Carl and the Atienza family, Guro Leo and the Full Instructors as well as my brothers and sisters in the Atienza Kali Tribe.  A grateful thanks also to Guro Dr. Bob and my brothers in the Maharlika family for keeping me sharp.